The first step in deciding whether battery storage is right for you is understanding how the system works. To do this, you first need to understand how a home with solar panels operates.

Generally, the set up of a home powered by solar includes solar panels, mounting equipment, an inverter, and a monitoring system that tracks the production of energy. The solar panels collect energy from the sun and turns it into electricity, which in turn passes through the inverter where it is converted into a form that you can use to power your home.

Most homes with this setup are still connected to and dependent upon the electricity grid. When your solar panels produce more electricity than you use in your home, the excess is fed back into the grid. In the same way, when your panels do not generate enough, your home draws power back from the grid. Different energy retailers have different ways of crediting you for the power that you feed back to the grid—for example, during the night you can use the credits built up during the day rather than paying for extra power.

Solar batteries convert the AC energy that is produced by your rooftop solar panels and stores it as DC power, meaning that you are able to store excess solar electricity for future use rather than sending it back to the grid. If your panels are producing more power than you use, the excess energy goes towards charging the battery. Later, when your solar panels aren’t producing electricity, you can use the energy you stored earlier. In it's most basic sense, this means that solar power you collected during the day can be used at night.

A big misconception about batteries is that once you install some, you can go completely off-grid. Of course, if you have enough batteries or a backup generator this is possible, but in most cases you will still need to access grid power from time to time. While you will have a lot more energy independence, you will still be reliant upon the grid when the battery is depleted—those chilly Murrindindi winters can be pretty cloudy.

This is an Murrindindi Shire Council program powered by the Yarra Energy Foundation. Eko Energy is the solar provider. 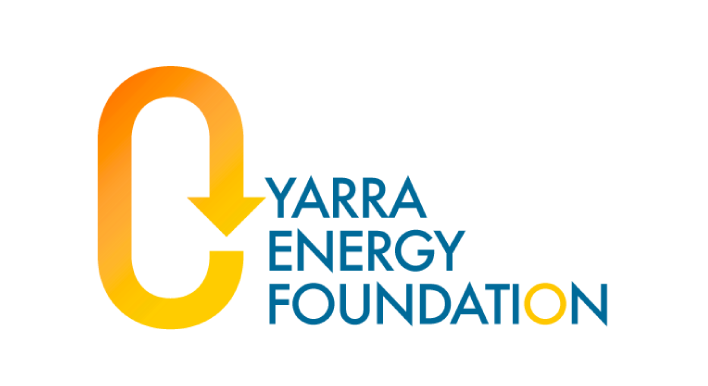